NARRANDO srl, formerly a spin off of the University of Salerno and an innovative startup, was co-founded in 2013 by Paolo Ciambelli, professor emeritus of the University of Salerno and current sole director, after winning the First Start Cup Campania Award 2012 and the National Award for Innovation in 2012 (Life Sciences section). The project involved the development of nanodosimeters for X-rays in radiotherapy and radiodiagnostic applications for the in vivo measurement of radiation in real time, obtained by modifying an electrode of a small ionization chamber with nano carbon. NARRANDO is today a micro-enterprise that has extensive know-how in the development, production and marketing of nanomaterials and nanomaterial-based devices for applications in the energy, environmental, health, food, electronic, biotechnology and transport fields.

NARRANDO is partner of the RISE-Horizon 2020 (2017 - 2021) project "Graphene 3D" (Multifunctional Graphene-based Nanocomposites with Robust Electromagnetic and Thermal Properties for 3D-printing Application), for the development of polymeric nanocomposites with nanocarbon fillers, optimized for 3D printing (http://graphene3d.imbm.bas.bg).

NARRANDO is a partner in the technology transfer project of the Campania Region, as part of the Clean Sky project, "Antimicrobial Nanocrystalline Coated Systems" for innovation in the field of anticorrosive and antimicrobial coatings.

NARRANDO contributed to the development of the FATER SpA group's “Recycling of post-use health products (diapers, sanitary napkins) post-consumer” project, which led to the construction of the first plant of this kind in the world.

NARRANDO has developed a selective hydrogenation catalyst for vegetable oils for Nextchem, capable of producing oleic acid with zero trans. The European Commission has decided to support all research initiatives that tend to the consumption of trans-free oils and fats for a healthier diet.

NARRANDO contributes to the fight against SARS-CoV-2 by developing products for the antimicrobial and antiviral treatment of rigid and flexible surfaces (plastic, glass, natural and synthetic fabrics) in collaboration with a southern company that produces interior coverings for buses, trains, cars.

NARRANDO collaborates with EBRIS for the study of organic syntheses for obtaining active drug ingredients through electrochemical reactions and for the development of physically activated nanocarriers for their release (IR, UV, magnetic fields, ultrasound).

The NARRANDO staff currently consists of 3 young researchers with main skills in Chemistry and Chemical Engineering. 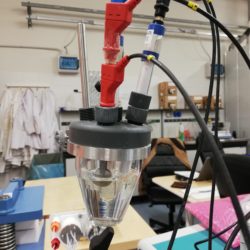 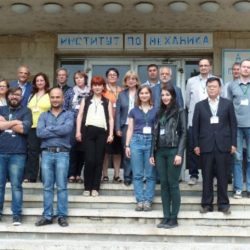 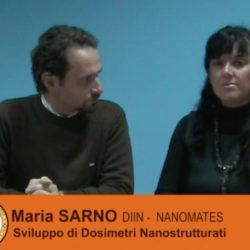